This product uses polypropylene film as the dielectric, and zinc-aluminum metal layer as the electrode. The exterior is encapsulated with a flame-retardant plastic shell (PBT) and potted with epoxy resin. Our products are compact and suitable for installation in high-density occasions

Standards the product based on:

And international standards for safety certification 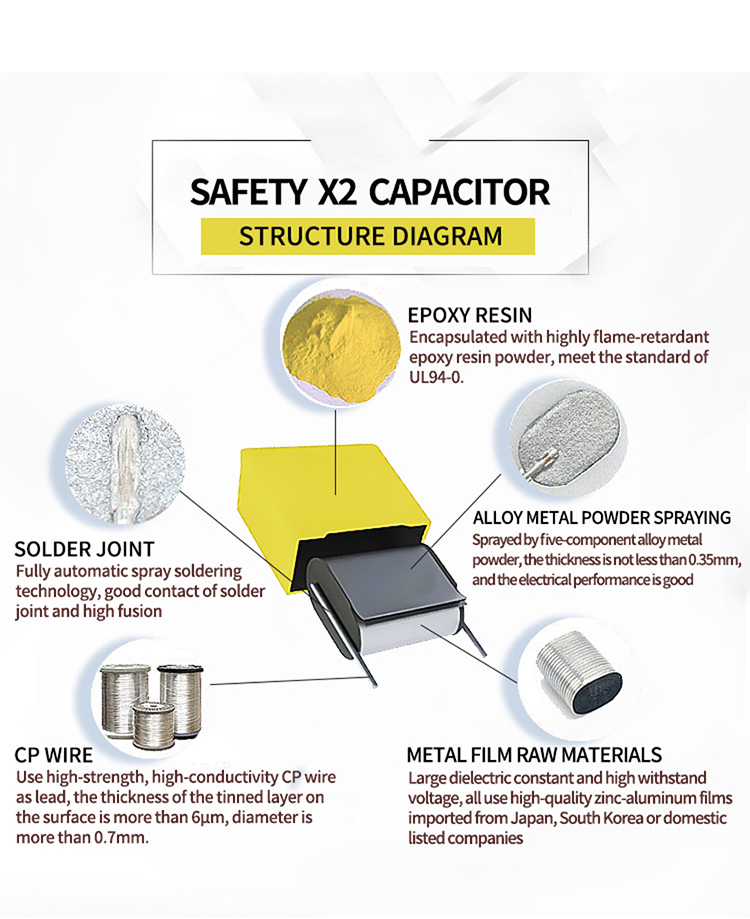 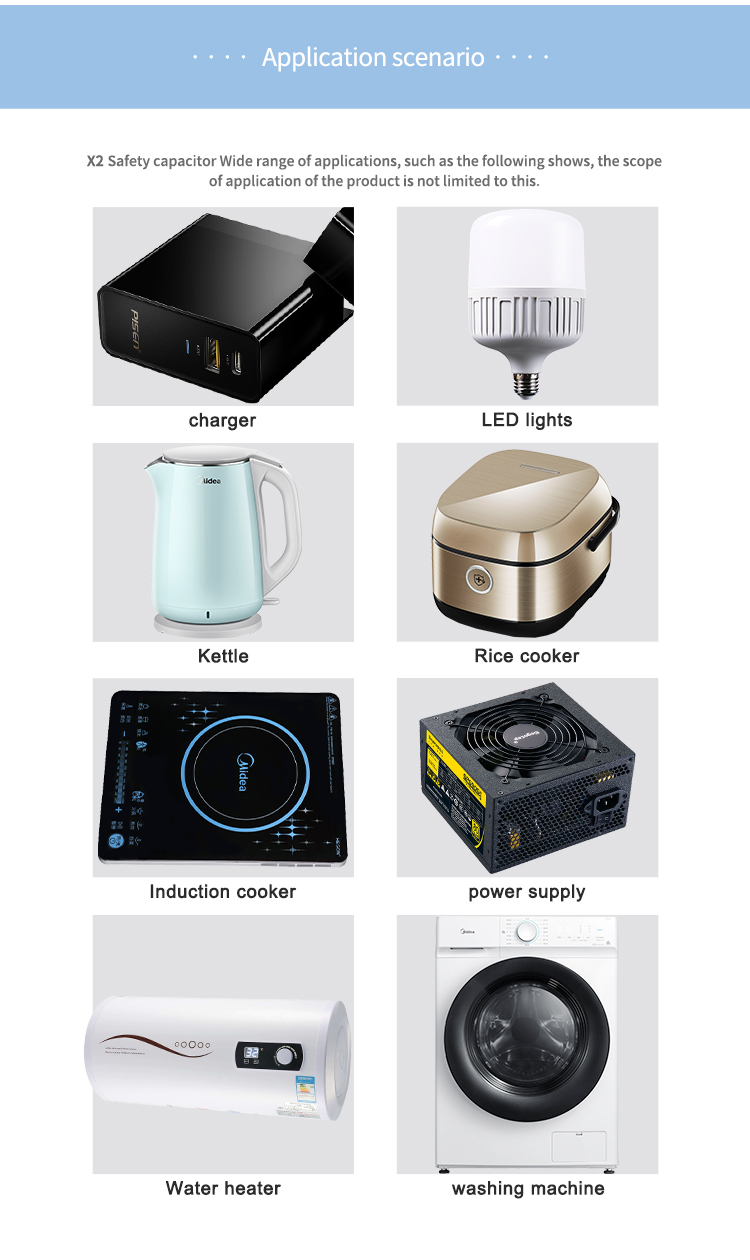 What is the function of safety capacitors?

Suppress the electromagnetic interference of the power supply: When using a capacitor to eliminate noise in the power supply cross-line circuit, not only the normal voltage, but also the generation of abnormal pulse voltage (such as lightning) must be considered, which may cause the capacitor to smoke or catch fire.

Q: What is a resistor, capacitor and inductor respectively?

Capacitors are components that store electricity and electrical energy (potential energy). A conductor is surrounded by another conductor, or the electric field lines emitted by one conductor all terminate in another conductor's conduction system, which is called a capacitor.

Inductor is an element that can convert electrical energy into magnetic energy and store it. The structure of the inductor is similar to that of a transformer, but it has only one winding. The inductor has a certain inductance, it only hinders the change of current.