Film capacitors are featured with high insulation resistance, good heat resistance, self-healing and non-inductive properties. Their excellent high-frequency insulation performance differentiate them from other dielectric materials. On top of that, they have high temperature resistance, and small absorption coefficient. This article editor wants to talk to you about the development of film capacitors driven by new energy.

The prospect of film capacitors is no doubt very promising. Choosing an outstanding film capacitor manufacturer can save you from a lot of unnecessary troubles.Dongguan Zhixu Electronic Co., Ltd. (JEC) would be a foolproof choice if you don’t know which manufacturer to choose. JEC has passed ISO9001:2015 quality management system certification. Its safety capacitors (X and Y series) and varistors have passed authoritative certifications of many countries and  its ceramic capacitors and film capacitors are in line with environmental protection directives. 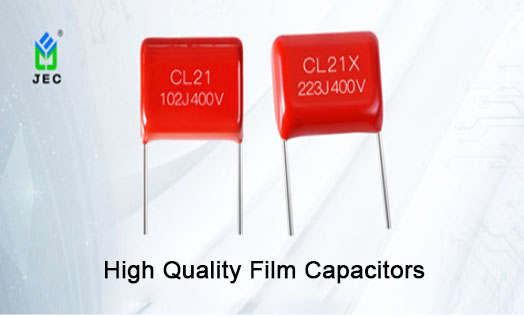 Previous: The Advantages of Varistors

Next: How to Check if a Thermistor Works Properly