The Future Trend of Film Capacitors

You may not have heard of film capacitors, but everyone in the capacitor industry knows that it is a popular type of capacitor on the market, which uses polyethylene, polypropylene, polystyrene and other plastic films as the the dielectrics, the tin-copper-clad steel wire as the wire, the metal foil as the electrodes, and the electrode and the dielectric wound to form a structure which is encapsulated with epoxy resin later. The film capacitor has good flame retardant performance, and the appearance of the film capacitor is mostly box-shaped, cylindrical, but there are also square-shaped and round-shaped.

With the development of technology level, product update in many industries such as electronics, home appliances, and communications are getting faster and faster, and film capacitors have gained a firm foothold in these industries by virtue of their own advantages and strengths. In the next few years, with the further development of digitalization and informatization, the market demand for film capacitors will grow more rapidly. 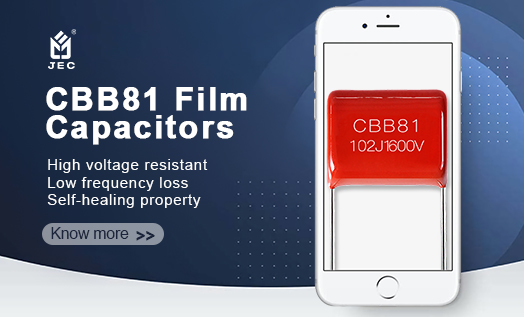 Previous: Why is Varistor in Series with the Gas Discharge Tube

Next: Why Supercapacitors Stand Out