The Unit of Super Capacitor

The advantages of supercapacitors: ①Farad-level capacitance in a small volume; ②No special charging circuit and control discharge circuit are required; ③Compared with batteries, overcharging and overdischarging will not have a negative impact on their service life; ④From the perspective of environmental protection, it is a kind of green energy; ⑤Super capacitors can be welded, so there is no such problem as weak battery contact.

Farad, referred to as "F"

1 farad is when the capacitor stores 1 coulomb of electricity, the potential difference between the two plates is 1 volt 1F=1C/1V;

1 Coulomb is the amount of electricity transported by 1A current in 1 second, that is, 1C=1A·S; 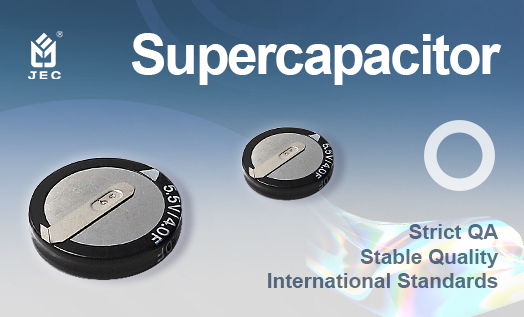 The above content is content about the super capacitor unit. Hopefully it's helpful to everyone. When purchasing supercapacitors, you should choose manufacturers with guaranteed quality. Good manufacturers can reduce unnecessary troubles.

Previous: Why Would A Varistor Be Damaged

Next: Application Fields of Supercapacitors