A resistor is a passive two-terminal electronic component that limits the flow of current in an electronic circuit. Its resistance to the flow of current is called resistance, expressed in ohms (Ω), named after the German physicist Georg Simon Ohm. The resistors are available in different sizes. Its size is proportional to the rated power. The rated power is the maximum power dissipated by the resistor without being damaged by overheating accumulation. The larger the surface area covered by the resistor, the greater the power dissipated.

Resistors are passive electronic components that generate resistance in the flow of current. They can be found in almost all electronic networks and circuits. The unit of measurement of resistance is ohms. Ohm is the resistance produced when a current of one ampere passes through a resistor whose two ends have a voltage drop of one volt. The current is proportional to the voltage across the terminal ends.

We know that one of the main uses of resistors is to control the flow of current. In a resistor, electrons collide with ions, which slows down the flow of current, reduces the current, and generates heat at the same time. If the resistor has high resistance, it means that less current flows into it at a given voltage.

Some applications and uses of resistors are as follows:

Use of resistors in circuit functions

There are various types of resistors that work according to the scope of use. In this case, we can use the knob-like function to set the resistance. Changing the resistance will affect the current flow in the circuit. For example, such resistors are used to control the speed of motors, the pitch of music sounds, the volume of amplifiers, and so on.

When some components need to work at a voltage much smaller than the input voltage, dividing the voltage works. Connecting the resistors in series will help reduce the voltage evenly across each resistor, thereby helping the appliance to work smoothly under these conditions.

It is also used for heating

Due to the nature of resistors to generate heat when conducting electricity, resistors are used in heaters, toasters, microwave ovens, electric stoves, and many more heating appliances. In the light bulb, the metal filament emits white heat, which is due to the high temperature generated by the resistance when the current passes.

As flashers, electronic alarms, flashing lights used on airplanes or high towers, these are all measures to avoid collisions. Their working principle is to fill the current for a certain time and then discharge, where the resistor determines how much current needs to pass according to the allocated time. If the resistance increases, the time for discharging current in the circuit increases.

Resistors for light-emitting diodes and transistors

The excessive current passing through LEDs or transistors is dangerous because they are very sensitive to current. Using resistors in circuits will help LEDs, transistors, and other types of semiconductors work within the ideal current range.

We are resistor manufacturers. Please feel free to contact us. 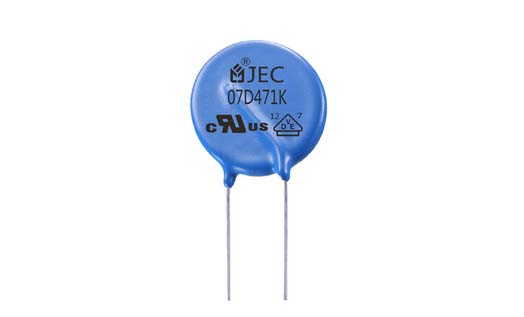 Previous: What Is a Ceramic Capacitor?

Next: What Are The Features Of a Resistor