Supercapacitors with fast charging and discharging ability have no fuel consumption during the entire start-stop process, and therefore become the choice of smart start-stop control systems, providing a broad stage for the application of supercapacitors in the automotive industry. Moreover, this application can reduce fuel consumption by 25%-40%, which can effectively achieve energy saving and emission reduction.

When the rail vehicle is braking, the super capacitor will quickly recover the braking energy and store it, and then release the energy quickly when the vehicle accelerates, making energy recycling possible and playing a good role in energy saving. 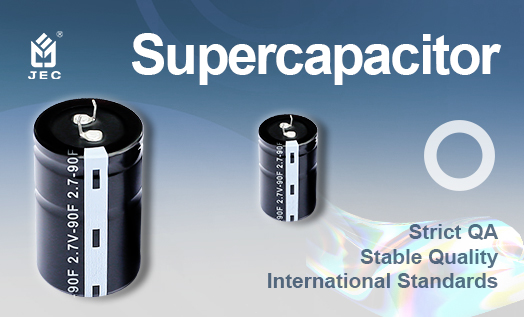 Traditional AGV logistics trucks mostly use lead-acid batteries, so they generally have the disadvantages of long charging time, low security, and occupying a large space when charging. After using the super capacitor, the charging process can be completed in less than one minute, which has high security and small space occupation.

This kind of bus is mostly used in urban buses, because in general, the urban bus lines are 30-40 kilometers or shorter, and the super capacitor has a battery capability of 50-60 kilometers, which can meet the normal operation of urban buses. Moreover, the super capacitor takes a short charging time as a power source and can be charged within a few minutes. Therefore, in the automotive industry, supercapacitors will have a broad space for development, which also provides unlimited room for imagination for its market growth.

The above content is the role of super capacitors in different application fields. With the rapid development of technology, the performance and quality of capacitors are also improved, and the application of capacitors in the future will be more extensive. Dongguan Zhixu Electronic Co., Ltd. (also JYH HSU(JEC)) has a full range of varistor and capacitor models. JEC has passed ISO9001:2015 quality management system certification; JEC safety capacitors (X capacitors and Y capacitors) and varistors have passed national certifications of the main industrial powers across the world; JEC ceramic capacitors, film capacitors and super capacitors are in compliance with environmental protection indicators. Welcome to contact us for free samples and any questions.

Previous: Why Are Super Capacitors Super

Next: Precautions for Using NTC Thermistors in Power Supply