Why Are Super Capacitors Super

2) Super charging speed: The charging speed of supercapacitors is extremely fast. It usually takes only a few seconds to 10 minutes to reach 95% of the rated capacity, which is far shorter than the battery charging time, and it can charge the battery in a second.

3) Ultra-long service life: The number of charge and discharge cycles of a supercapacitor can reach hundreds of thousands of times, which is far more than that of rechargeable batteries, and the cost of each charge and discharge cycle is much lower than that of batteries. Moreover, compared with secondary batteries, supercapacitors have no risk of overcharging, there is no "memory effect", and the electrodes will not corrode.

4) Super power density: Although the energy density of a supercapacitor is less than 10% of that of a battery, its power density is super, as high as 10 to 100 times that of a battery. Because the peak high current discharge capacity is strong, the charging and discharging energy conversion efficiency is high. 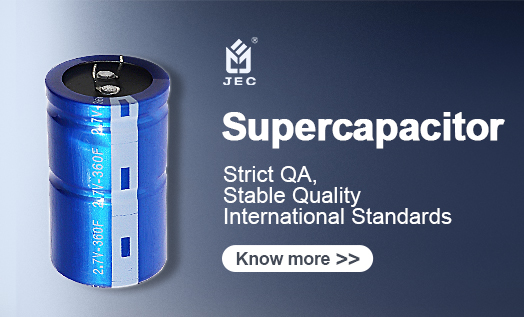 Compared with rechargeable batteries, supercapacitors also have the characteristics of lower cost, constant discharge voltage, simple external circuits, good low-temperature characteristics, and more environmental protection, so they are favored in many energy storage applications. This is why supercapacitors are super. Hopefully this article will help everyone understand super capacitors deeply.

Next: Supercapacitor Application in Transportation