The Advantages of Super Capacitors

An ordinary electrolytic capacitor is a static charge storage medium, and the charge can be retained for a long time, which has a wide range of uses and is an indispensable electronic component in the field of electronic power. 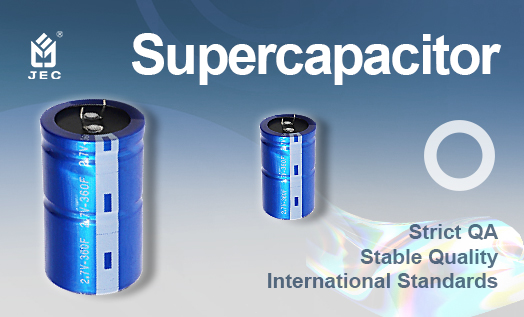 3. The charging speed is faster than that of ordinary capacitors, and it can reach more than 95% of the rated capacitance in 10 seconds to 10 minutes.

5. The charge retention ability is strong, and the leakage is small. The ordinary capacitor needs to be charged frequently to maintain the state.

6. The production and production process of super capacitor materials does not cause environmental pollution, and is an ideal green power source, while ordinary capacitors cause pollution and impact on the environment.

Some unscrupulous manufacturers may mix supercapacitors with good quality and low quality to sell. Therefore, you must choose carefully when purchasing supercapacitors.

Previous: How to Choose the Right Supercapacitor

Next: The Role of Film Capacitors in Different Applications