Why Are Supercapacitors Super

Electric car owners have always been troubled by cruising range, and every holiday there will be complaints. Let's first look at the source of the cruising range worry:

Although the energy density has been increased to 10 times in the laboratory, the battery is reimbursed after dozens of charges and discharges.

So is it possible to increase the energy density to a moderate level and still maintain the ideal number of charge and discharge?

Capacitor is one of the most basic electronic components. In short, two layers of metal foils sandwich an insulating sheet, and a protective shell is added on the outside. Between these two foils is the space where the electrical energy is stored. The capacitor is used as an instant power supply, so the stored electric energy is not much, and the energy density is far worse than the battery.

But the capacitor has an advantage that the battery does not have: the charge and discharge life is very long - even hundreds of thousands of times of charge and discharge, the performance degradation is very small. So its life is basically the same as the product itself.

The reason why it has such an excellent charge and discharge life is because the capacitor energy storage is based on physical principles and does not produce chemical reactions. 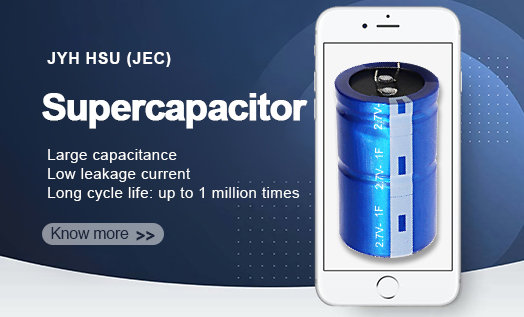 So now the task is to expand the electrical energy storage capacity of the capacitor. So the supercapacitor appears. The purpose is to make the capacitor a reservoir, not just an instant power supply. But the biggest difficulty is how to improve the energy density of supercapacitors.

The supercapacitor can be used as a power source for electric vehicles after increasing the energy density. China has already begun to use this technology. In the 2010 Shanghai World Expo, 36 super capacitor buses were displayed. These buses have been in stable operation for a long time and are still in normal operation until now.

Supercapacitor buses in Shanghai can run 40 kilometers in 7 minutes

But the technology has not spread to other routes and other cities. This is also a "cruising range" problem caused by low energy density. Although the charging time is greatly shortened, it only takes a few minutes to charge one time, but it can only last for about 40 kilometers. In initial use, the bus even needed to be recharged every time it stopped.

JYH HSU(JEC)) is a Chinese supercapacitor manufacturer specializing in the research and development, production and sales of various electronic components. If you have questions about electronic components or want to seek business cooperation, you can contact us at any time.

Next: How to Find a Reliable Varistor Manufacturer