Due to technical reasons, the rated working voltage of single-pole super capacitors is generally around 2.8V, so in most cases they must be used in series. It is difficult to guarantee that the capacity and leakage of each cell are the same. This will cause the charging voltage of each cell in the series circuit to be different, which may cause overvoltage damage to the capacitor. Therefore, a voltage equalizing circuit must be added to the series of supercapacitors. 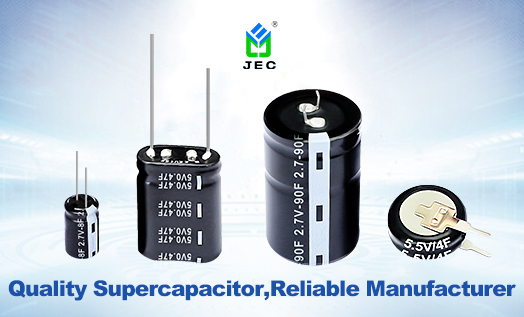 When using supercapacitors, we must pay attention to what mentioned above.If you don't know how to use super capacitors in series, you can consult experienced personnel for help. Dongguan Zhixu Electronic Co., Ltd. (also JYH HSU(JEC)) manufacturer has passed ISO9001:2015 quality management system certification; JEC safety capacitors (X capacitors and Y capacitors), varistors have passed national certifications of main industrial powers in the world; JEC ceramic capacitors, film capacitors and super capacitors are in compliance with environmental protection indicators. Welcome to contact us if you need free samples or help from us.

Next: Influence of Improper Connection of Film Capacitors