①The charging speed is fast, charging for 10 seconds to 10 minutes can reach more than 95% of its rated capacity;

⑤The product's raw material composition, production, use, storage and dismantling process are free of pollution, which is an ideal green and environmentally friendly power source;

⑧ Easy to check, the remaining battery can be read directly;

⑨The capacitance range is usually 0.1F-1000F. Farad, abbreviated as "F", the symbol is F. 1 Farad is when the capacitor stores 1 Coulomb of electricity, the potential difference between the two plates is 1 volt 1F = 1C/1V 1 Coulomb is the amount of electricity transported by 1A current in 1s, that is, 1C =1A·S. 1 coulomb = 1 ampere·second 1 farad = 1 ampere·second/volt; 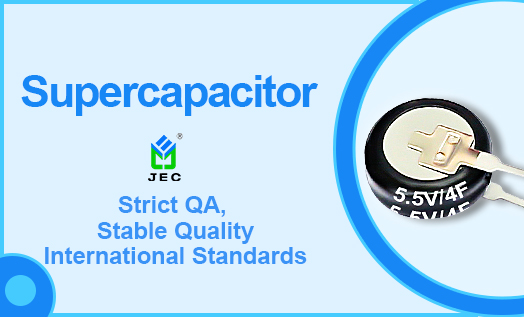 Previous: How to Test the Quality of Thermistor